India can become a $10 trillion economy by 2030: Mukesh Ambani 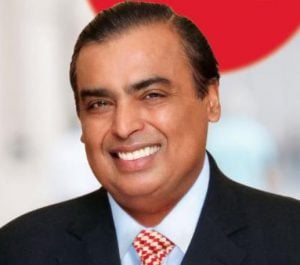 New Delhi: The richest Indian and Chairman of Reliance Industries Mukesh Ambani said India’s GDP will grow from $2.5 trillion to $10 trillion by 2030.

“Today, India’s GDP is about $2.5 trillion and ranks at No. 6 in the world. Can we triple it to $7 trillion in the next 10 years and become the third largest economy in the world? Yes, we can. Can we cross the $10 trillion mark by 2030 and close the gap between India and China, and India and the U.S.? Yes, we can,” Ambani said while speaking at the HT Leadership Summit here on Friday.

“By the middle of the 21st century, India’s rise will be higher than China’s rise. And more attractive to the world,” Ambani told. “India will provide a superior and different development model (which) creates equitable and inclusive growth based on technology, democracy, good governance and a society-wide culture of empathy.”

Ambani also praised the success of Aadhaar system and ISRO on the occasion.

“Aadhaar is the world’s largest and the most sophisticated, biometric ID system,” he said. “In February last, ISRO created a world record by launching not one, not two, not three, but 104 satellites form a single rocket.”

On Reliance jio, the business tycoon said, “After the entry of Jio, India has become the world’s No.1 mobile broadband market, consuming more data than users in the US and China”.