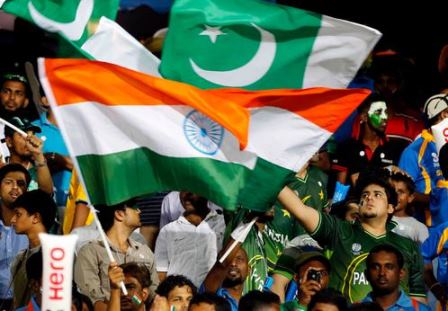 Bhubaneswar: Chief Minister Naveen Patnaik joined crores of sports enthusiasts across the globe and wished the very best to the Indian players as they prepare to lock horns with their arch rivals Pakistan on the cricket and hockey fields on Sunday.

“All the best of luck for the Indian team,” said Patnaik while wishing to the Indian cricket and hockey teams.

While the Virat Kohli led Indian cricket team will take on Pakistan in the ICC Champions Trophy final, to be played at the Oval in England at 3 PM, the Indian hockey team led by Manpreet Singh will face Pakistan in London in the Hockey World League (HWL) semi-finals at 6.30 PM today.

Like other cities of the country, Odisha’s Capital city is gearing up for the high voltage matches.

Since this is the first time in 10 years that India and Pakistan cricket teams are playing in the finals of a tournament, many pubs, cafes and restaurants have made special arrangements for the screening of the match.

Cricket enthusiasts in many areas, including KIIT University, were also seen making arrangements to install giant screens for the public.

Special prayers forTeam India are also being offered by people from all walks of life across Odisha and India.