Bhubaneswar: The ‘Odia Mega Serial Cricket League’ was inaugurated at the KIIT Sports Ground in Bhubaneswar on Saturday. The two-day competition was inaugurated by Ollywood superstars Siddhant Mohapatra and Anu Choudhury.

Channels usually participate in TRP races in a competitive approach to each other. Today, however, the example of friendship and brotherhood is commendable. 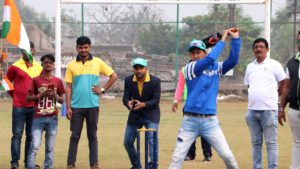 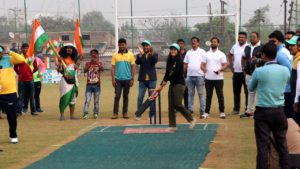 Baradaprasanna Patra, Ajay Singh, Amit Kumar and Sarada Prasanna Patra are the ones who have played a key role in organizing the competition. The umpires of the KIIT Sports Academy and the Odisha Cricket Association officiated the match.

The approach was to entertain along with conveying positive thoughts and health awareness through friendly matches. And it was only allowed for Sponsor AMEBI Plus, for all the participating members of the Odia Mega Serial Cricket League, for those who were playing on the field and for those who were cheering in the spectator’s gallery. 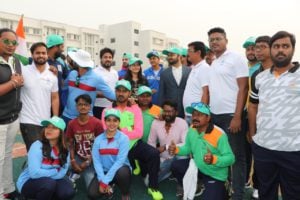