Food delivery agents have become lifesavers during modern times, and even more so during and after COVID lockdowns, when most of the restaurants were closed for dining-in. Delivery agents had to fight harsh weather and terrible traffic conditions to ensure that the food reaches customers on time. This is one such story where a customer was growing impatient waiting for his food and repeatedly calling the delivery guy got a very pleasant surprise when his order finally arrived.

Rohit Kumar Singh, a resident of Bengaluru took to LinkedIn to share this heart-touching incident.

Mr Singh mentioned in the post that he had placed an order on Swiggy which was getting delayed. He decided to call the delivery agent to confirm the estimated time it would take.

The delivery agent told him in a very “comforting” tone that he would be arriving soon. However, there was no sign of him even after a few more minutes had passed, so Mr Singh called him again, saying “Bhaiya please jaldi Karo naa, bhookh lg rhi hai”(Brother please come fast, I am starving). The delivery agent comforted him again and asked him to wait for five more minutes.

The doorbell rang a few minutes later and Mr Sing rushed to open the door with the intention of reprimanding the agent for the delayed delivery. However, when he opened the door, he saw middle-aged man with greying hair, trying to balance himself on crutches, smiling at him.

“…I was numb for a second & feeling stupid to get impatient sitting on my comfortable bed. In my head, I was wondering what all struggle he had to go through to get this order to me. I immediately apologized to him and tried to have a conversation”, he mentioned in his post.

The delivery agent named Krishnappa Rathod mentioned that he had lost his job at a café due to the pandemic and was working as a delivery boy since then. He also said that he had three children, but could not afford to bring them all to Bengaluru for better education.

After conversing for a few minutes, Rathod said that he was getting late for his next delivery and left.

Users were full of praise for the brave man. Many comments on the original post offered a helping hand to the delivery agent. 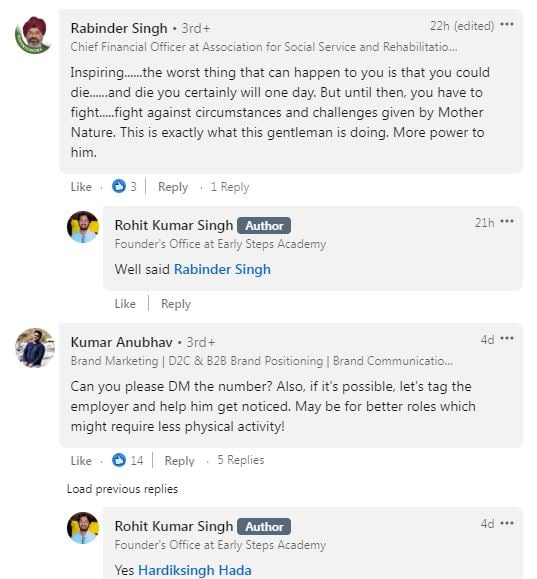 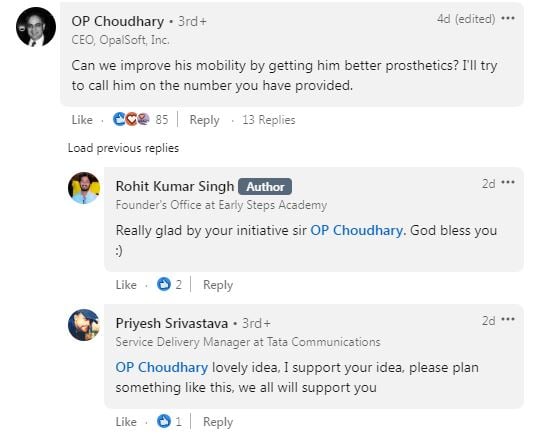