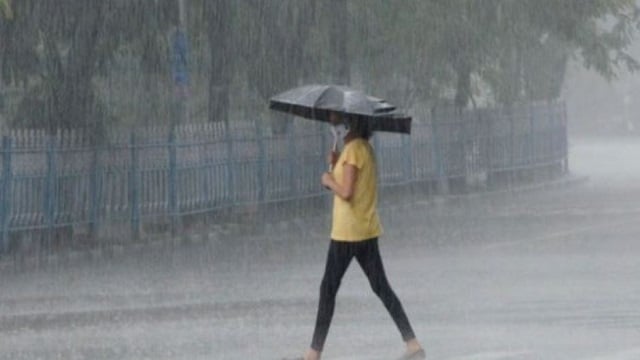 Bhubaneswar: The India Meteorological Department (IMD) in its recent forecast has predicted that, On the occasion of Kumar Purnima the coastal regions of Odisha will experience rainfall.

Due to the formation of a whirlwind at the South central area of Bay of Bengal, the state is witnessing rainfall in several districts.

According to reports, the whirlwind will intensify, which will result in an increase of rainfall in the state for the next two days (48 hours).

Accordingly, the IMD has issued rainfall warnings to southern and coastal districts of Odisha. Besides, several places will witness rainfall with thunderstorm and lightning tomorrow.

Heavy rain to lash Odisha in next 24 hours, Yellow warning…

The IMD has issued a yellow warning of heavy rainfall for tomorrow ( October 09) to Ganjam, Gajapati, Puri, Khordha, Kendrapara, Cuttack and Jagatsinghpur districts.

Accordingly on  (October 10) yellow warning of  heavy rainfall has been  issued to Ganjam, Gajapati, Khordha, Kendrapara, Cuttack and Jagatsinghpur, by IMD.

As per the IMD forecast, the rainfall warned districts might witness a rainfall of volume  7 to 11 cm.

The state might witness a wet Kumar Purnima this year, same as Durga Puja , which got disrupted due to rainfall in the state.

Assam man abducts, rapes & tries to kill girl as she visits Durga Puja pandal with someone else, but she survives