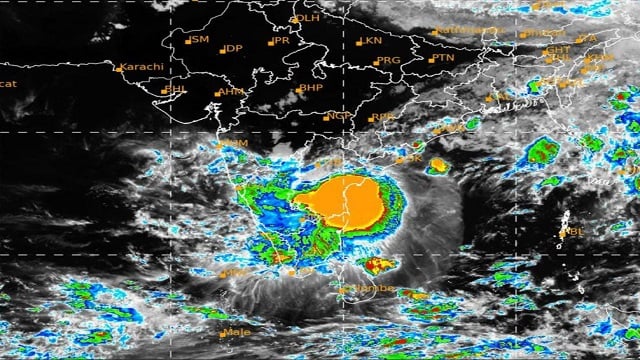 It is very likely to move north-northeastwards along Narsapur, Yanam, Kakinada, Tuni and Visakhapatnam coasts till the evening of today and emerge into west-central Bay of Bengal off North Andhra Pradesh coasts by 12th morning. It is likely to weaken into a deep depression by tonight and further into a depression by 12th May morning.

The cyclonic storm is under the continuous surveillance of Doppler Weather Radar (DWR) at Machilipatnam (Andhra Pradesh).

Forecast track and intensity are given in the following table:

(i) Rainfall Forecast and Warnings: