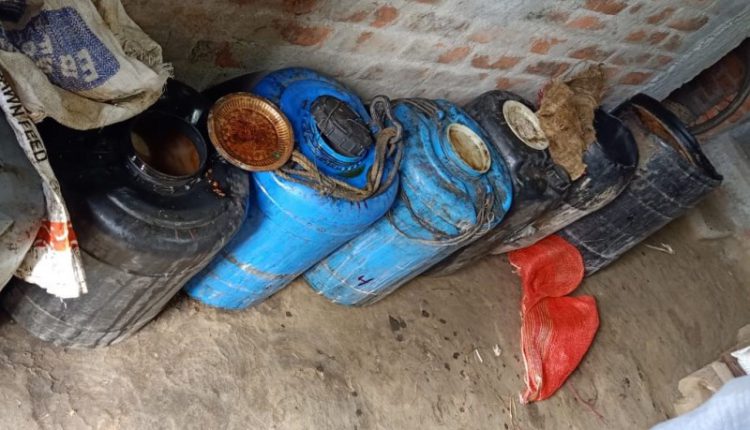 Rajnagar: Tightening the noose around the necks of illegal liquor traders in the district police today seized huge cache of country-made liquor and arrested one bootlegger.

The held bootlegger has been identified as Chaturbhuj Mandal.

Acting upon a tip-off on a liquor manufacturing unit which was running discreetly inside a house in Khasamunda village, Talachua Marine Police launched a raid on the spot this morning. During the raid, police found a huge cache of items used in liquor manufacturing and seized them.

Later, cops took Chaturbhuj into custody after seizing around 300 litres of country-made liquor from the unit.

More raids against the illegal liquor manufacturing unit will be conducted in the area in the coming days, said police.