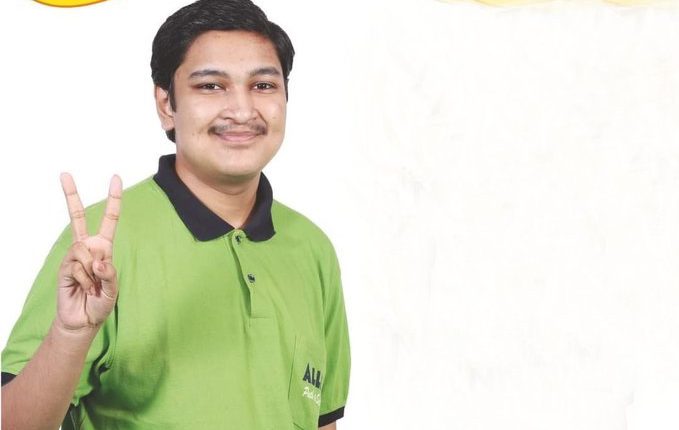 Bhubaneswar: Odisha’s Soyeb Aftab, who has created history by scoring 100 per cent in National Eligibility-cum-Entrance Test (NEET) 2020, said on Saturday that Covid-19 pandemic came as a blessing in disguise for him and he put it to good use to concentrate more on his studies.

“People suffered huge losses due to the pandemic. But I used the time to my advantage and concentrated more on study and appeared in online tests. I used the time (of indoor confinement) perfectly,” Soyeb told IANS.

Soyeb, the 18-year-old from Rourkela, scored a perfect 720 out of 720 to become the first student in the history of NEET to achieve the feat.

He also became the first-ever student from Odisha to secure the top rank in the NEET.

Son to a businessman and a homemaker, Soyeb is the first in his family to pursue his dream career in medical sciences.

“I did my schooling till Class 10 in Rourkela. I had decided to become a doctor in Class9-10. So, I asked my father to facilitate my coaching in Kota and my parents supported me to take admission in Allen’s in Kota,” the youngster said.

His mother moved from Odisha to Kota in Rajasthan to support his dream.

As a student, Soyeb said, he was good in studies but not exceptionally good.

“I used smartphone normally as there was no study pressure. But I concentrated more on studies that helped me score big,” Soyeb said as he advised aspiring candidates to use smartphones only to enhance their knowledge of their subjects.

He said that apart from coaching and school, he used to devote around 3 hours for self-study. On holidays, he devoted 13-14 hours at a stretch to studies.

The Odisha lad now aspires to get admission in the All India Institute of Medical Sciences in New Delhi. “I want to take admission in AIIMS for research programmes. After MBBS, I want to do specialisation in cardiology,” said Soyeb.

3 Sacks Of Ganja Worth 5.5 Lakh Seized In Odisha’s Rayagada, 2 Arrested