“I am a victim, it’s not good to spread such lies against me”, says Akshay Parija

Few media houses are irresponsible reporting baseless things. He threatened to drag all of them to the court. 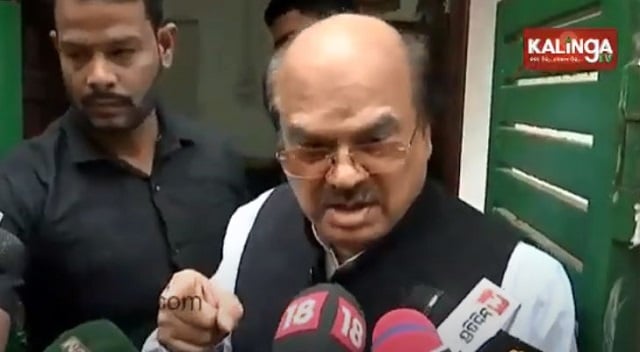 Addressing the mediapersons Parija accused “few media houses are irrresponsible reporting baseless things. He threatened to drag all of them to the court. “I am a victim, it’s not good to spread false news against me.”

Akshay Parija’s lawyer says media, ED had called us for discussion not for interrogation. Yesterday the discussion was not over, so we came today morning. We are co-operating with the ED. The discussion is on about extortion and blackmailing.”

Hotelier Siba Das appears before ED in connection with…

On November 19, he was asked to appear before ED on November 19 but could not appear citing health issues after returning back from Bangkok.

Parija had filed a complaint with Nayapalli police against Nag for demanding Rs 3 crore after allegedly capturing his intimate photographs.

ED had registered a case against Archana, her associate Shradhanjali Behera, Khageswar and Jagabandhu on November 2. All will be questioned by the ED face to face.

US: Multiple deaths, injuries reported after shooting at supermarket in Virginia