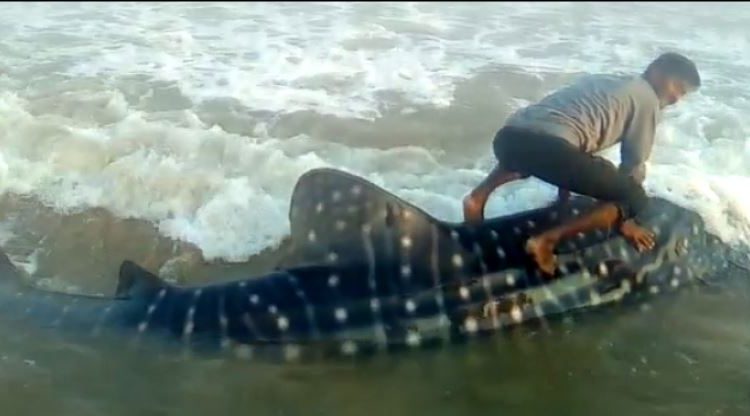 As per reports, some fishermen had gone to the sea today for fishing when they found something heavy trapped in their net. Initially they thought it to be a whale. Somehow, they pulled it out of water and found that it was a huge shark. 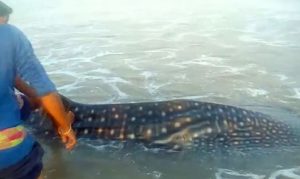 The fishermen then brought the shark to the beach and later tried to release it in to the sea. However, the shark tried to move into the sea, but probably as it did not get deep water it came back to the beach.

As per latest reports, the forest department officials are putting their best effort to release the shark into the sea. 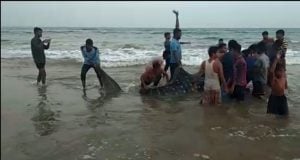 It has also been learnt that last week also such a huge shark was trapped at the same beach. It was later released into the sea. Now it is a topic of research that how such large sharks are seen in Ganjam Sea.

As per latest reports, when during the process of releasing the shark into the deep sea it died. 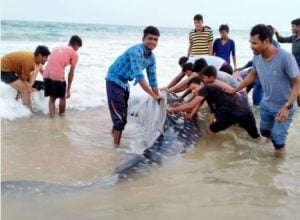