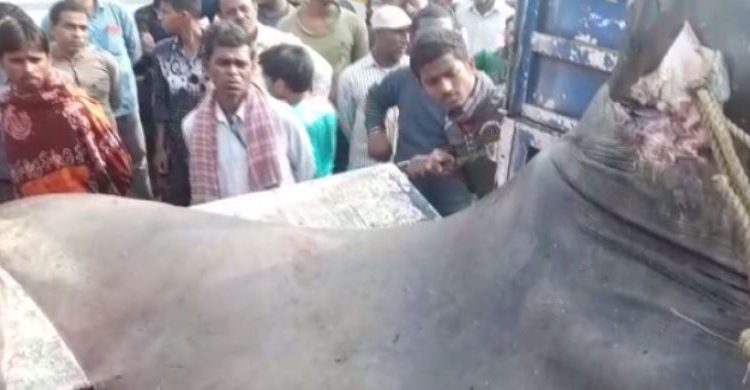 Jaleswar: Curiosity struck the locals near Digha coast in East Midnapur district of West Bengal near  Balasore district on Monday after a huge sea fish fell in fishermen’s net.

As per the report, a group of fishermen had been for fishing into the deep sea early morning today when the fish weighing around 900 kg was accidentally caught.

After the fish was brought to the shore by the fishermen people in large numbers turned up to take a glimpse of it.