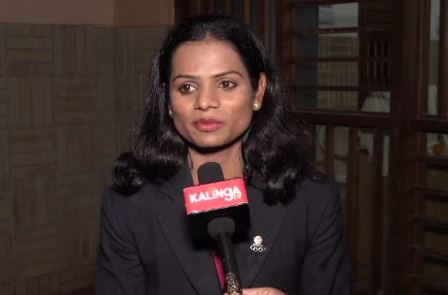 Bhubaneswar: In a huge relief for ace Odia sprinter Dutee Chand, the Court of Arbitration for Sport (CAS) on Saturday suspended the International Association of Athletics Federations’ (IAAF) Hyperandrogenism Regulations.

The CAS also directed the IAAF to submit evidence in the hyperandrogenic case of Chand by September, 2017 failing which the case will be declared invalid.

The development came as a double delight for Dutee as only yesterday, she had got an invitation from the IAAF to participate in the World Athletics Championships to be played in London this August.

In a related development, after BJD MP Bhartruhari Mahtab raised the issue in the Parliament yesterday, the Union government said it will consider helping the sprinter in fighting her case against the world athletics governing body at the international sports tribunal in Switzerland.

Mahtab had said Chand has the potential to win a gold medal in Olympics and government must help her in the case.