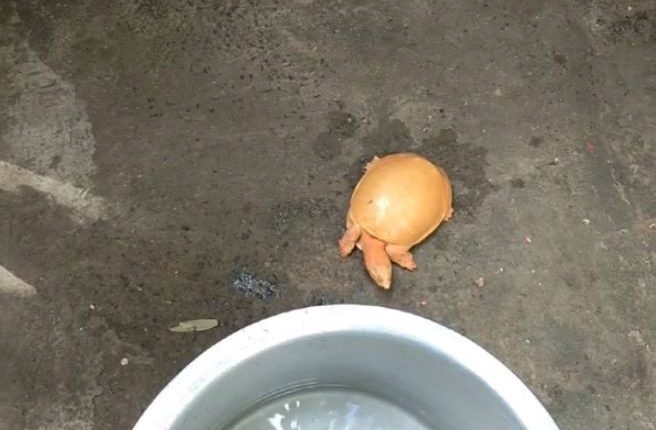 According to sources, a man identified as Nirakar Mohanty, spotted the rare turtle, weighing around 2.5 kgs in his farm while he was working there.

A huge crowd gathered in front of Mohanty’s house to get a glimpse of the rare turtle.

It is noteworthy, that a similar rare and unique yellow turtle was rescued from a farm in Sujanpur village under Soro block of Balasore district on July 19.

Another such rare and unique yellowish turtle was rescued from Dhuli panchayat under Khaira block in Balasore district in Odisha on August 4.