Dhenkanal: Water loggings due to incessant rainfall are being seen in different parts of Odisha. During this time there is a threat of attack on human beings by both animals and reptiles especially snakes.

Amid such situation, a 10-feet long King Cobra was rescued in Odisha’s Dhenkanal district yesterday.

The snake was found at Rasola village under Hindol Forest Range of the district. Some locals reportedly spotted the reptile at a canal and gathered at the spot to see it. 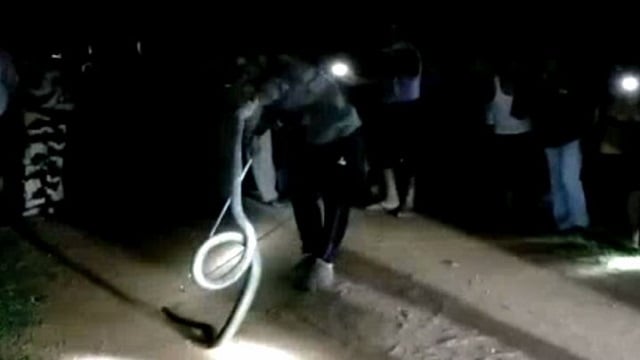 Later, they informed the forest officials who went to the village along with a snake helpline member and rescued the snake.

The King Cobra was later released into a nearby forest. 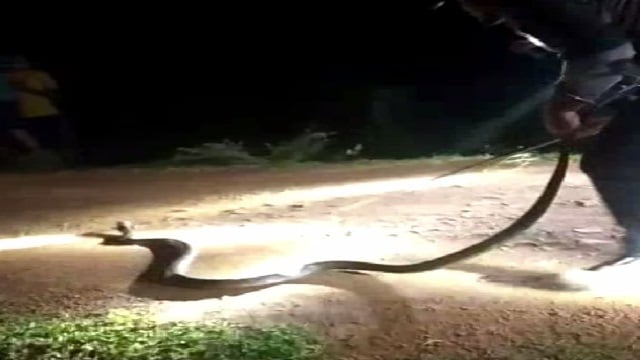 They also reportedly requested the locals not to harm when they come across such snakes rather to inform the snake helpline members. 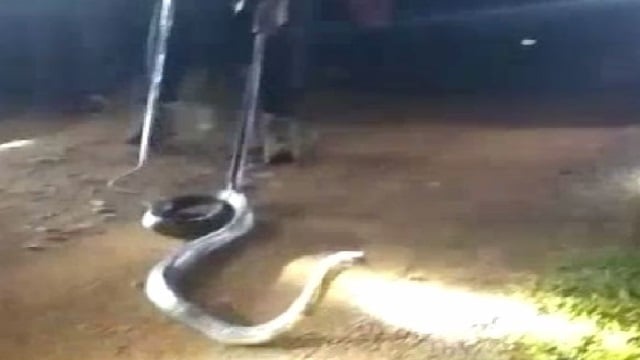