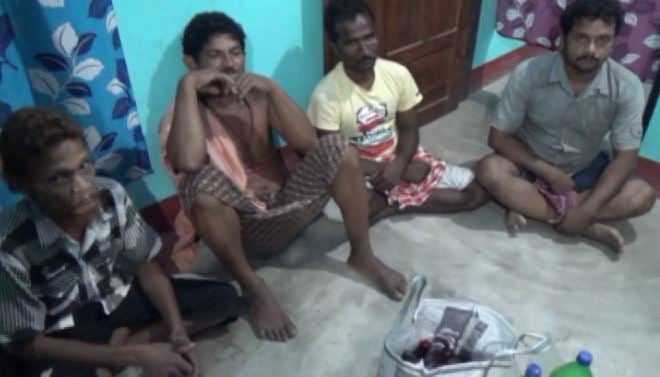 Cuttack: Tightening the noose around the necks of bootleggers in the district, Excise officials seized huge quantity of contraband liquor and took four persons into custody after conducting raids at multiple places in the district today.

As per the report, a joint team of Narasinghpur and Athagarh Excise units carried out the raid in Athagarh area this morning following a tip-off and found both country-made and foreign liquors stored for sale. They immediately seized the items and arrested four persons involved in the sale.

The held persons have been identified as Dillip Kumar Mohapatra of Kurancha, Bijay Lenka of Muraripur, Bansidhar Mahakud of Saradhapur and Bijay Kumar Pradhan of Kanchiapada. They were forwarded to court later.

More raids will be conducted by the Excise officials in the area in the coming days, said an official.

Man stabbed to death over past rivalry in Cuttack