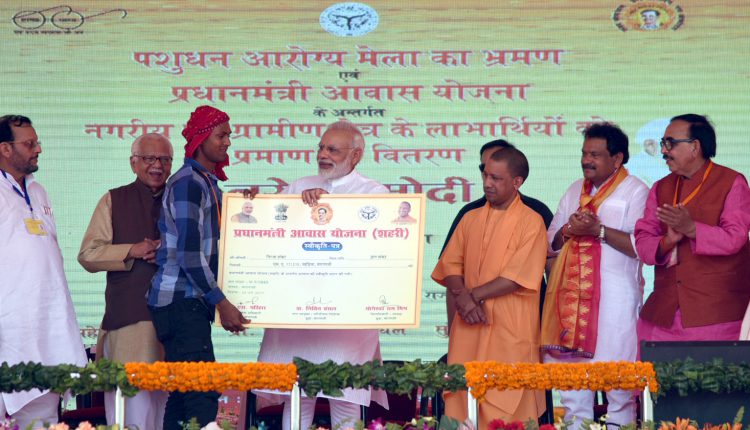 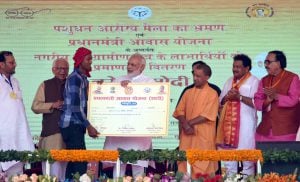 Varanasi : Prime Minister Narendra Modi on Saturday reiterated the Centre’s resolve to provide housing for every homeless family by 2022.

Addressing a public meeting at Shahanshahpur village in the district on Saturday, the prime Minister said, “The centre has decided to give a house to each and every homeless family by 2022, when India completes 75 year of its Independence.”

Modi also said each one of us should resolve to make a positive contribution by 2022 to achieve the New India that our freedom fighters dreamt of.

Let us make these five years about creating the India our freedom fighters dreamt about: PM @narendramodi

Modi distributed allotment letters to around 10, 000 beneficiaries of Pradhan Mantri Awas Yojana both for rural and urban areas during the function on the second and final day of his Varanasi visit.

Prime Minister also stated that construction of houses on a large scale would generate more employment opportunities and improve the quality of life of the common man.

“Imagine the amount of bricks, wood, cement, steel and other building material required to build the houses on large scale in the country. Arranging for this and building the houses will provide employment to a large number of people,” he claimed.

The Governor of Uttar Pradesh Ram Naik and the Chief Minister of the State Yogi Adityanath were present on the occasion.