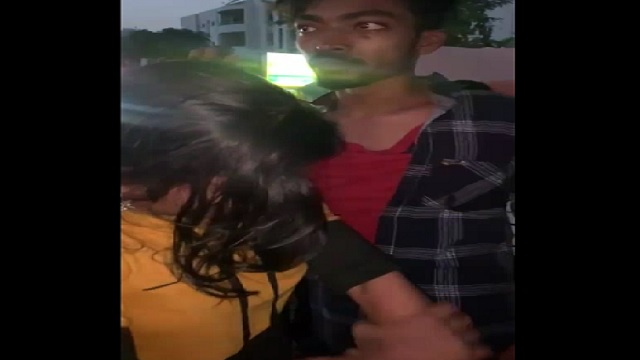 Bhubaneswar: A high voltage drama unfolded on the busy streets of Bhubaneswar which shocked the onlookers in which two youths and a girl were seen involved in a brawl. The drama took place near Max showroom at Damana square in Bhubaneswar’s Patia area on Monday evening.

Reportedly, three of them were allegedly involved in a love triangle. It has been alleged that the woman’s lover became furious after he caught her with another youth and began hitting both of them.

The clothes of the youth and the woman was completely drenched with blood after the alleged lover attacked them in a fit of rage.

The locals and local traffic police intervened into the high voltage drama to stop the fight.

“We both are in a relationship. I had specifically asked her not to meet with the other man. However, she lied to me and came here to meet him,” said the alleged lover. He added that he got to know about their meeting after he video called and asked her to show him around.

No complaint has been lodged with the police yet, added reports.