Bhubaneswar: With the aim of smooth and hustle-fee traffic management during the upcoming Bali Yatra, the Commissionerate Police has issued a traffic advisory which also has the parking slots.

It is to be noted here that Bali Yatra on the bank of Mahanadi River in Cuttack City will be held from November 8 to 16.

According to the traffic advisory, the following traffic restrictions will come into force from 3 PM every day between November 8 and November 16.

No 3-wheeler or 4-wheeler will be permitted to go from Sati Chaura to Bali Jatra through Shelter Chhak and Kanika Chhak. The vehicles will have to go through Bidanasi Bandha Chaak for parking at Bhuasuni field. From there, they can take the vehicles provided by the administration to reach the Bali Jatra ground.

Three-wheelers and two-wheelers vehicles coming from Satichaura Chowak can go through the Shelter Chhak and Kanika Chhak and park in the parking slots allotted to them in the field in front of the DAYA Ashram and Field situated west left to Kartikeswar Gada.

The three-wheeler and four wheelers coming from the Madhusudan bridge side will have to park in Bhuasuni field and use the vehicles provided to by the administration to reach the Bali Yatra ground.

Bali Yatra to be held this year in Cuttack

The two-wheelers from Bhuasuni field and Chahata can go upto Deer Park and park the vehicles in Kartikeswar Gada field before going to Bali Yatra ground.

Only two-wheelers from Biju Patnaik Chhak will be permitted go on the Dayashram road and park in the left side field before going to the venue. 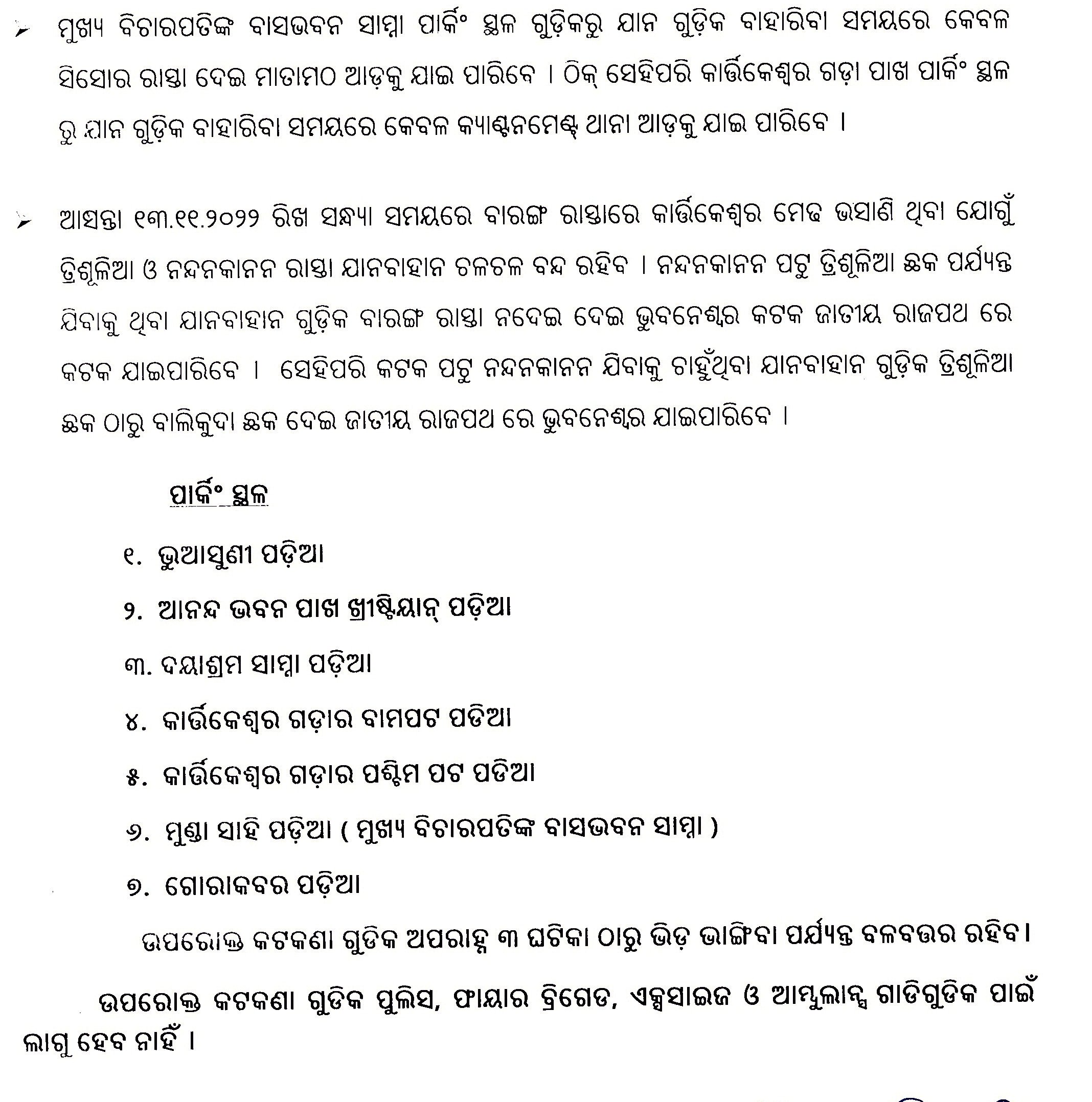 Shocking! Youths assault man who came to pick her daughter from college in TN