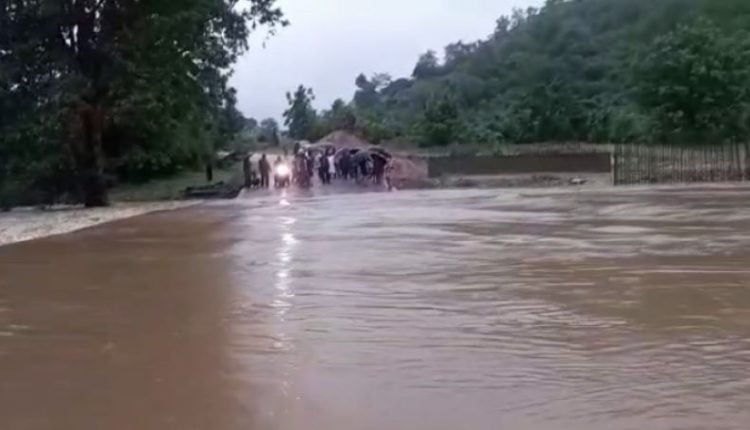 Malkangiri: Yet again, moderate to heavy rain caused flood-like situation in many parts of Malkangiri district in Odisha on Wednesday.

Rainwater was flowing above several low-lying bridges in Kankoraokonda, MV-37 and Korkunda areas in the district when the news was filed.

A number of vehicles remained stranded on both sides of the roads. Trees were reportedly uprooted at some places in the district.

Meanwhile, the District Administration has declared the closure of all government and private schools in the district today in view of the heavy rain.

This is the third flood-like situation occurred in the district in the span of the last two weeks.

Also Read: Schools To Remain Closed In Malkangiri On August 7