Heat wave to prevail over Odisha till April 27: IMD 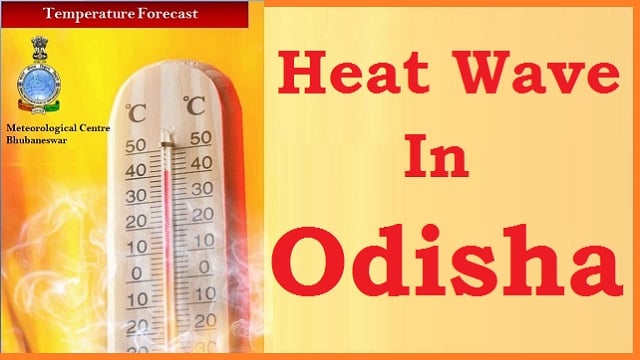 Bhubaneswar: After a temporary relief, heatwave conditions are likely to prevail in isolated pockets over Odisha during next five days.

Although IMD said there would be no major change in maximum temperatures over most parts of northwest India during the next two days, it also added that there would be a gradual rise by 3-4 degrees Celsius thereafter.

There would be no large change in maximum temperatures over Vidarbha and Maharashtra during next one to two days but rise by 2-4 degrees Celsius thereafter.

The Met department also predicted a rise in maximum temperatures by 3-4 degrees Celsius over east India during the next three days and no large change thereafter.

Under the influence of the fresh western disturbance as a trough in middle tropospheric westerlies, which is likely to affect the Indian region from April 25, light isolated to scattered rainfall accompanied with isolated thunderstorm or lightning is likely over western Himalayan region and dust storm or thunderstorm over adjoining plains of Punjab and Haryana on April 25.

On account of the trough or wind discontinuity across central and peninsular India in the lower tropospheric levels during afternoon hours, isolated to scattered rainfall with thunderstorm or lightning or gusty winds (speed reaching 30-40 kmph) is likely over Kerala and Telangana during next five days; Andhra Pradesh, Karnataka and Tamil Nadu during next two days; Chhattisgarh during next two days; Vidarbha and Gangetic West Bengal during next 24 hours.

Truecaller to stop offering its Call Recording feature from this date