Gutkha worth over 10 lakh seized in Odisha’s Berhampur 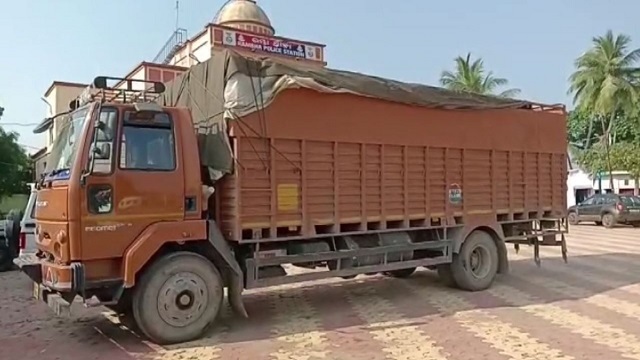 Berhampur: Police have seized gutkha worth more than 10 lakh rupees from a truck near Sai Dhaba under the Rambha police station limits on Sunday. The driver of the truck has also been nabbed by the police.

As per sorces, a truck (HR55A K9787) carrying gutka was headed from Delhi to Berhampur. On his way to Berhampur, the truck driver got to know about the checking that was being conducted by the police. So, he turned back the vehicle and stopped it on the roadside near Sai Dhaba in Rambha.

On being informed by reliable sources, a police team under the supervision of IIC Rambha P.Swarup Kishan, seized the truck and arrested the driver. An investigation is currently underway.