Gupchup vendor kills youth over non-payment of dues in Odisha 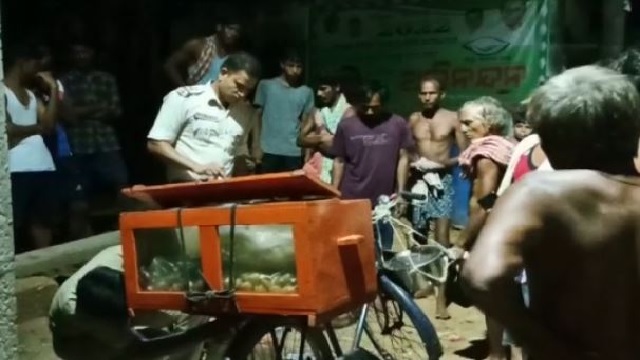 Dhenkanal: A gupchup vendor has killed a drunken youth with a knife over non-payment of dues in Palasahi village under Parajang police limits in Dhenkanal.

The deceased youth has been identified as Bibhuti Sahu of the same village.

Reportedly, the gupchup vendor, Jagabandhu Sahu, stabbed the drunken youth to death with the knife that he has been using to cut onion for failing to pay the rest amount.

Jagabandhu has been selling gupchup in the village on his bicycle every evening.

Earlier on Wednesday night, Bibhuti was returning back after selling gupchup, Jagabandhu intercepted him midway.

“I will not give you any of these unless you pay me the due amount,” said Bibhuti to Jagabandhu. A heated argument took place between them. It later escalated and in a fit of rage the gupchup vendor Jagabandhu killed Bibhuti with his knife.

Following the incident, Jagbandhu left his cycle and escaped from the spot

On getting the information, Parajang police arrived at the spot and are initiated an investigation into the matter. A manhunt has been initiated to nab the accused gupchup vendor.

Odisha reports a sudden spike in Covid with 31 positives