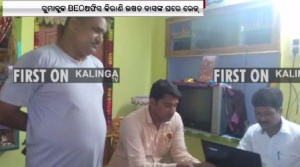 Acting on an allegation of disproportionate asset, teams of the anti-corruption agency conducted the searches at the house and office of clerk of the BEO Ushat Das.

Raids were also conducted at his paternal house in Balabhadra Vihar and father-in-law’s house in Bhandari Street.

The raids were conducted under the leadership of Gajapati DSP (Vigilance) SN Panigrahi.

Sources said that documents showing property worth more than Rs 50 lakh belonging to Das were seized during the raids. However, the exact amount of the assets of the clerk would be known only after the completion of the raids, sources in the raiding team said.