Groom steps back as bride goes to garland him, what she did next shocked everyone; Watch viral video 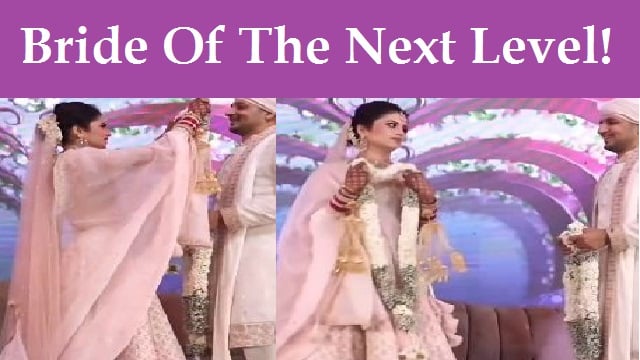 Time and again you must have seen several videos on social media related to marriage. Some of them are so funny and amusing that people cannot control their laughter after watching them and subsequently such videos become viral. You also must have seen videos filmed during the Varmala ceremony.

We all know that the bride and groom normally fight playfully during the Varmala ceremony of their wedding. Some of them play some trick to make the environment bit happier and the incident to be memorable. One such amusing video has now surfaced on the internet watching after which everyone is praising the bride.

The video has been shared on the Instagram page of parulgargmakeup and studiochanniphotography. In the small video it can be seen that as the bride goes to garland her future husband, he steps back. In such a situation, the woman also steps back with the garland. Later, the groom himself again comes forward and both of them garland each other. Seeing this fun-filled trick of his future wife, the groom also starts smiling.

People are showering love on this cute video that has got lakhs of viewership and thousands of likes so far.