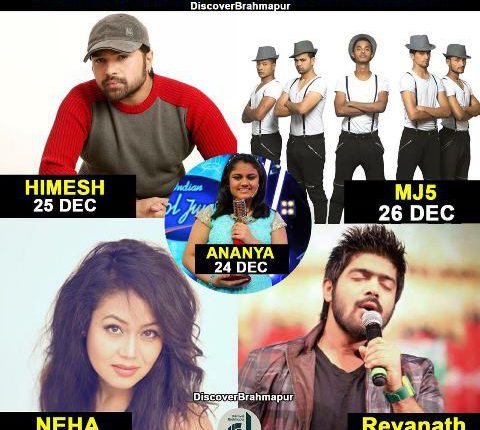 Berhampur: Popular Bollywood singer-actor-music director Himesh Reshammiya and famous dance group ‘MJ 5’ are the other performers of the Gopalpur Beach Festival-2017 to be held at the seaside resort, Gopalpur-On-Sea, in Ganjam district from December 24.

Apart from Himesh Reshammiya and MJ5’s performance, the five-day long cultural extravaganza will witness performance of Odisha’s singing sensation and winner of Indian Idol Junior- 2 Ananya Sritam Nanda on the opening day of the festival on December 24, renowned Bollywood singer Neha Kakkar on December 27 and Indian Idol fame LV Revanth, better known as VIP, on the concluding day of the event, December28.

Besides, some local artists are also slated to showcase their talents on the mega stage.

A series of events, including cultural shows, charukala, pallishree mela, handloom and craft fair, trade fair, food festival etc. will also be held in the five-day-long carnival for which arrangements are in full swing.

The beach festival is being organised by Ganjam District Hoteliers Association (GDHA) with help from the Ganjam district administration and police with an aim to attract tourists to the serene Gopalpur beach resort.