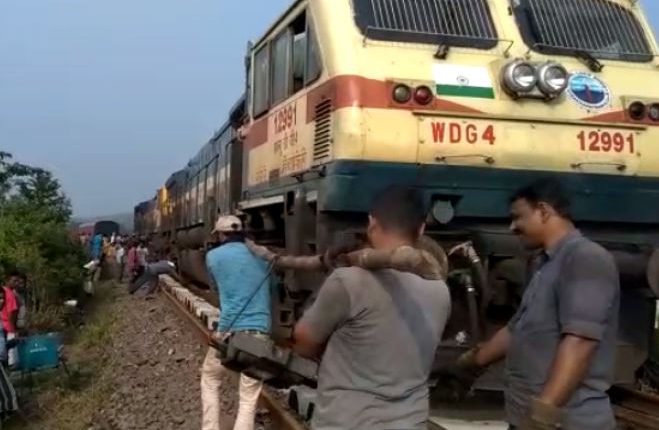 Rairangpur: In yet another case of goods train derailment in Odisha, a freight carrier transporting iron-ore from Tatanagar of Jharkhand State skidded off the track near Kalimati level crossing near Gorumahisani railway station in Mayurbhanj district last night.

As per the report, the goods carrier bearing number WDG4 12991 slipped off the track after running a few meters past Gorumahisani platform at around 12.30 am due to unknown reason. Though due to the mishap several wagons of the train got tilted, the loco pilot averted any loss to life and property by applying break immediately.

Later, a technical team was called up from Tatanagar to carry out necessary repairing work to enable the train to embark on its journey again.

Wagon of goods train derails after hitting truck in…

Due to the derailment, Tata-Badampahar Passenger train remained on halt at Anlajodi for several hours.

Locals have alleged that due to the substandard maintenance work of the tracks, derailments have become a regular affair in the route.