Good news! Salary of thousands of employees will be hiked; Know more

StateMiscellanyNation
By KalingaTV Bureau On Oct 9, 2020 0 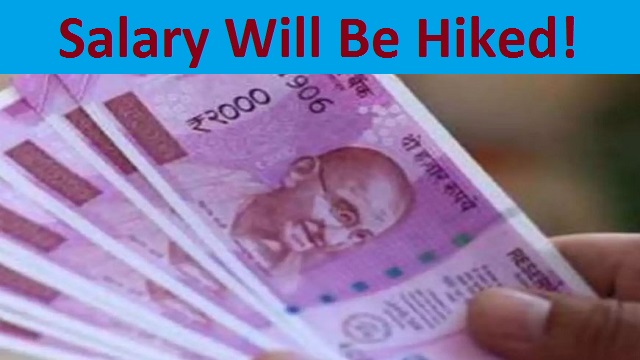 In this time of Corona crisis, Axis Bank has decided to increase the salary of employees by 4-12 percent. Axis Bank Limited will increase salaries of employees between 4% and 12% from 1 October on the basis of performance, benefitting around 76,000 employees.

According to the news released in the media, the bank has already given annual bonus to officers below a certain rank, but now all the personnel are being benefited.

Earlier, HDFC Bank Ltd, the largest private sector bank, had increased the salary of its employees since April.

One Accused In Jharsuguda Bank Dacoity Case Arrested From…

Miscreants Loot Rs 14 Lakh From Bank On Gunpoint In Odisha

That is, Axis Bank is giving salary increases and bonuses to gifted personnel to compete with ICICI and HDFC Bank. However, in the areas of Corona epidemic and lockdown, layoffs have been cut, salary cuts or salary hikes have been halted.

It has a direct impact on not only private but also central employees and pensioners. Dearness allowance will not increase from January 2020 to June 2021 of central government employees. Apart from central personnel, many states have also run scissors on various allowances and salaries of employees.