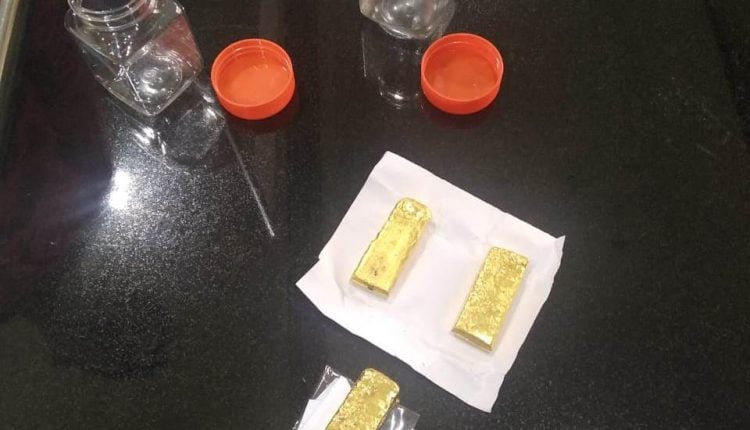 Bhubaneswar: The Customs officials have seized 612 gram of gold worth Rs 22 lakh from two passengers at Biju Patnaik International Airport (BPIA) in Bhubaneswar on Wednesday night.

Acting on intelligence report, the sleuths of the customs department intercepted the two passengers who arrived at the city airport from Malaysia’s capital Kuala Lumpur. During the search, the gold was found concealed in plastic boxes in the form of capsules.

This is the second incident of seizure of gold at the airport in last 48 hours. On Tuesday night Customs sleuths have also seized gold worth over Rs 5 lakh from a passenger at the airport. The passenger, who hails from Uttar Pradesh has landed at the airport from Bangkok.