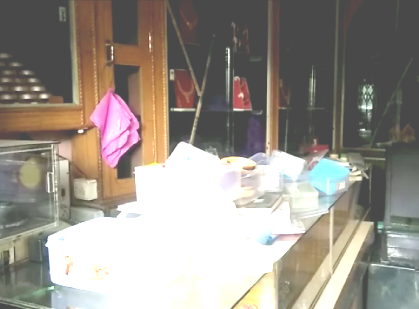 The loot came to fore after traders in the Betada Bazar spotted locks of the Gajalaxmi Jewellery and Saraswati Jewellers broken and shutters open, this morning. Basudevpur Police reached the spot immediately after getting information on the incident and took stock of the situation. After conducting the preliminary investigation, police found iron chests of both the shops broken with gold and silver jewelleries worth lakhs kept in those missing.

Similarly, Laxman Sahoo, the owner of Saraswati Jewellers informed that the looters have decamped with 150 gram gold and 3 kg silver ornaments from his shop. He added, the looted ornaments would cost around Rs 7 lakh.

Police have registered a case in the incident and launched a massive manhunt to nab the looters.