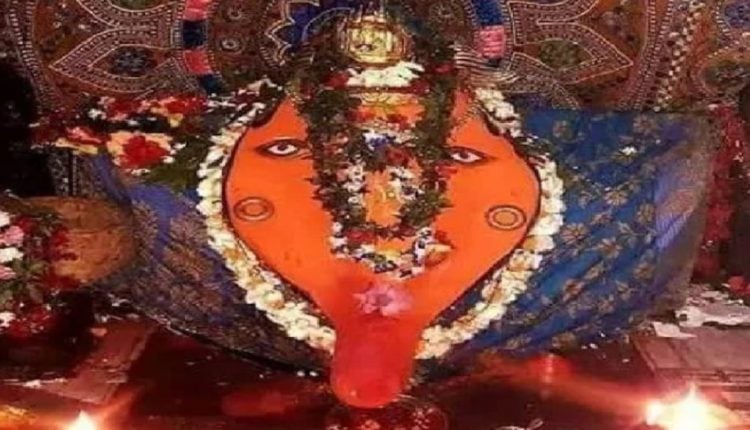 Sambalpur: Goddess Samaleshwari, the presiding deity of Sambalpur in Odisha, was adorned with the famous Rajarajeshwari attire (Besha) on the occasion of Kumara Purnima on Sunday. Thousands of devotees queued up at the Maa Samlei temple in Sambalpur to witness the special attire of the Goddess.

As per reports, Goddess Samaleswari gets adorned with Rajarajeshwari besha on the Kumara Purnima or Sharad Purnima day every year. This is the full moon day in the month of Sharad. In this besha, the Goddess wears golden and silver ornaments. She adorns a royal look in this attire.

Also called ‘Maharani Besha’, thousands of devotees crowded at the shrine of Maa Samaleshwari in Sambalpur to witness this rare attire of the Goddess. In the night, the ‘ Nutan Dhwajarohana’ rituals are performed in the temple that continue till late in the night.

Goddess Samaleshwari is the prime deity of the Western Odishan city of Sambalpur. And the famous shrine of Goddess Samlei is located on the bank of River Mahanadi.

It is to be noted that Nabanna or the newly harvested rice is first offered to Goddess Samaleswari on Nuakhai day each year at her shrine in Sambalpur. After this ritual is performed, people observe Nuakhai at their homes. Recently on September 1, 2022 Nuakhai was observed in Sambalpur.