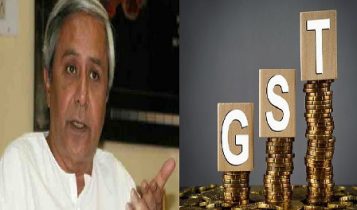 Bhubaneswar: Chief Minister Naveen Patnaik on Saturday expressed happiness over the fact that Odisha played an “important” role in the Goods and Services Tax (GST).

“With GST out, India transforms into One Nation, One Tax One Market. Congratulations to all. Glad that Odisha played important role,” said Patnaik on his twitter handle.

“The implementation of GST should be smooth and take care of all doubts and concerns to benefit the common man, trade, commerce & industry,” he added.

Odisha had passed the Odihsa Goods and Services Tax Bill-2017 in a special session of the State Assembly on May 19.

The GST was launched last midnight at a function in Central Hall of Parliament after President Pranab Mukherjee and Prime Minister Narendra Modi rang the GST Bell followed by their speeches.