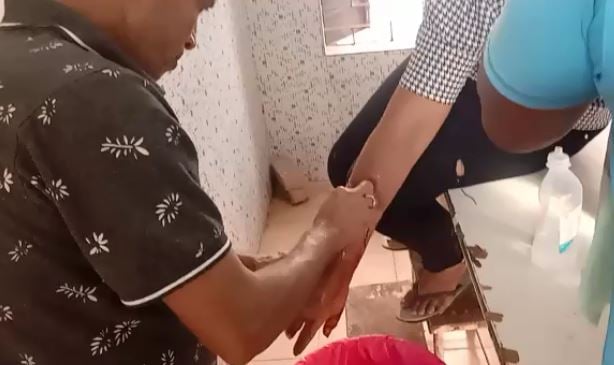 Cuttack: A girl student was attacked with knife in Pratap Nagari area in Cuttack city of Odisha on Tuesday. The reason behind the attack is a ‘personal affair’ as informed by Cuttack DCP. A youth has been accused to have committed the attack.

As per reports, following the attack the girl student has been provide medical treatment. Meanwhile Cuttack DCP Pinak Mishra has informed that the victim and the accused and the victim are known to each other. And the reason behind the attack is a ‘personal affair’ as per the preliminary investigation. Detailed investigation to be followed.

Body of girl recovered from canal in Odisha’s Cuttack

Body of woman recovered from beauty parlour in Cuttack

The girl has reportedly sustained cut injury in her hand due to attack by a sharp weapon. However, the injury is not critical and she has already received medical treatment for this.

Meanwhile Police have recorded statement of the victim girl. She is going to file a written complaint in this connection.

The accused will be arrested as soon as possible, informed the Cuttack DCP.

This is what stars predict for all zodiac signs on November 2, 2022

Man rescues huge King Cobra at the risk of his life, watch video