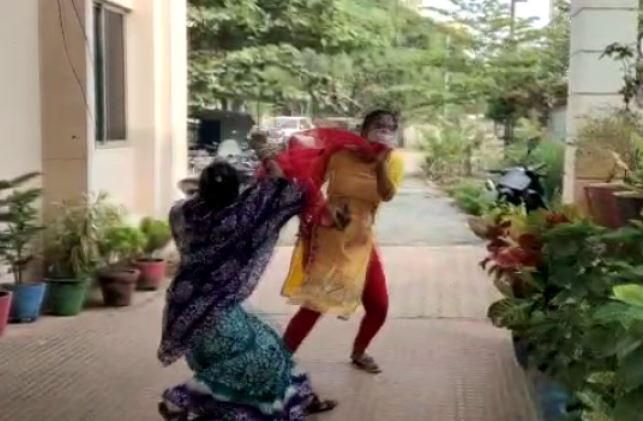 Berhampur: In a sad incident a girl pushed her mother in the Police station premises. The incident took place in Berhampur of Ganjam district in Odisha on Wednesday.

As per reports, an old couple had come to the Police Station to lodge a complaint that their educated daughter was kidnapped by Ashish Kumar of Ashok Nagar in Berhampur. They were asking to rescue their daughter.

After getting information about the complaint and presence of their parents from Police personnel, the girl rushed to the Thana. However, when she saw her mother, she did not become happy, rather she started scolding her.

Even she pushed her mother and as a result her mother fell on the ground. The incident took place amid presence of many other people. The couple were trying to lodge a complaint at the Baidyanath Police Station of Berhmapur.

Use of smartphone to be banned in Puri Srimandira from January