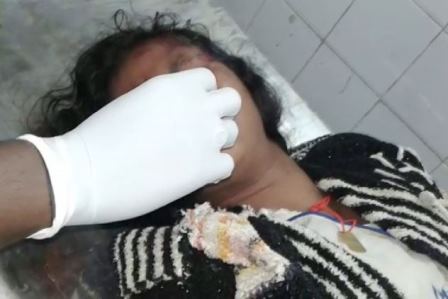 Balangir: In yet another incident of crime against women in the state, a girl was brutally attacked by a man after foiling a rape bid by the latter at Juba village under Belpada Police Station area in the district on Thursday. Police arrested the accused in the incident.

The accused has been identified as Ashok Tandi.

The incident took place this morning while the victim girl was returning to her home in the village after attending the call of nature at a nearby field. The accused reportedly tried to overpower the girl with a motive to outrage her modesty, which she foiled bravely. Later on the accused brutally attacked her on the head with a stone and left unconscious on the spot.

Family members rushed the victim to Patnagarh CHC for treatment later in the day.

Meanwhile Belpada Police have arrested the accused from his village after conducting a probe in the incident.