Geo-tube Catches Fire In Kendrapara, Reason Yet To Be Ascertained 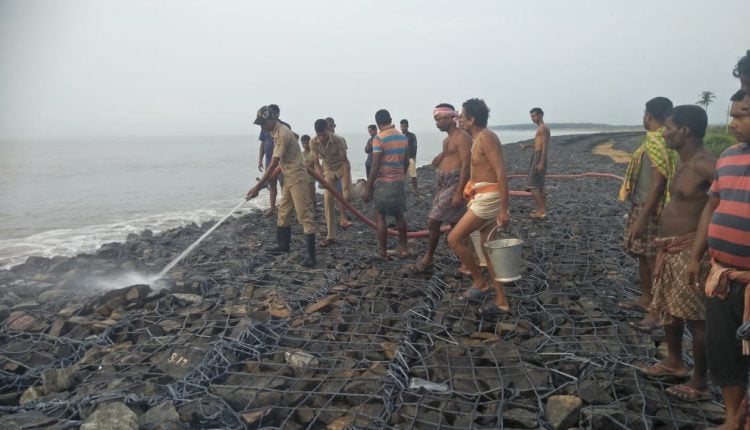 Kendrapara: The geo tube installed near Petha area under Rajanagar Police limits in Kendrapara district caught on fire this morning.

Though the exact cause of the fire is yet to be ascertained, locals suspect the involvement of miscreants in the incident.

As per reports locals informed the matter to the fire control room this morning after thick smoke emanated from the area. 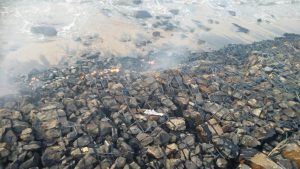 A 505-metre geo-tube structure had been installed at Pentha village at a cost of Rs 33 crore to tackle sea erosion along the Pentha coast. The project was Odisha’s first sea erosion control project under the World Bank-funded Integrated Coastal Zone Management Programme.

Authorities said that an inspection will be soon conducted to ascertain the quantum of damage caused to the structure due to the fire.