A gas tanker overturned near Koraput district of Odisha it was en route to Raipur of Chhattisgarh from Visakhapatnam of Andhra Pradesh. 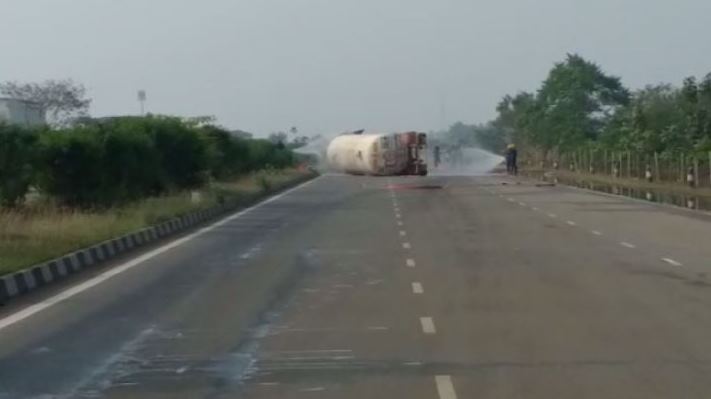 Koraput: A gas tanker en route to Raipur of Chhattisgarh from Visakhapatnam of Andhra Pradesh has overturned in Koraput district of Odisha.

The incident has been reported from Rajuguda on Sunki-Potangi road in Koraput. Reportedly it is to be noted that people immediately informed the fire services department.

The fire services personnel immediately reached the spot and started spraying water after a gas leak was reported.

There was a traffic snarl on the route and communication was restricted.