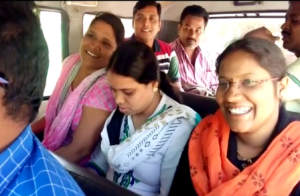 Kumari had demanded Rs 1,500 as bribe from one Bideshi Nayak of Jatrama village in the area to release his Indira Awas Yojna (IAY) money.

The anti-corruption wing officials took the step after Berhampur Vigilance ordered them to conduct raid acting upon a complaint lodged by Nayak with the department. The lady GRS was caught red-handed by the Vigilance officials while accepting a sum of Rs 1,500 from the complainant at his residence in Sorada.

In his complaint earlier, Nayak had accused the GRS of demanding and putting pressure on him to pay percentage for IAY sanction.