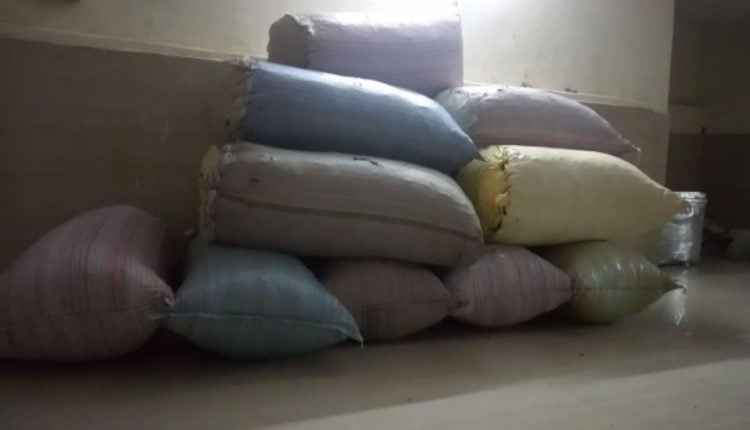 Gajapati: R.Udaygiri police today seized ganja weighing five quintals and arrested four persons in this connection. Police said that the market value of the seized ganja would be Rs 15 lakh.

The accused have been identified as Gopal Krushna Sahu, Surat Badarait, Param Raika and Luka Sabar.

“The ganja was being transported to Berhampur in a Pickup van. We have seized the van and all the accused have been forwarded to the court. We are also trying to nab the associates of the accused,” said a police official.