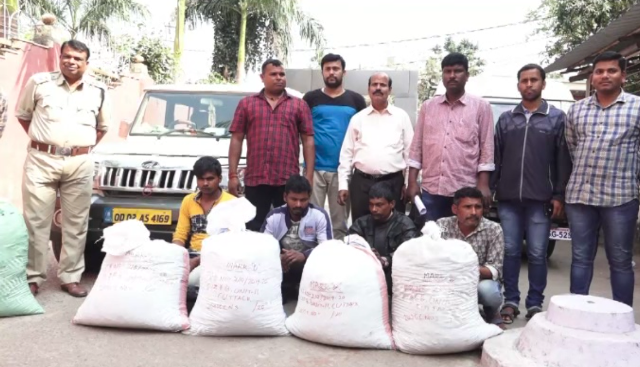 Cuttack: Excise sleuths seized around 131 kg of ganja worth over Rs 15 lakh near Nirgundi Chhak here in Odisha on Saturday.  As many as four persons were arrested in this connection, an official said.

Among the arrested smugglers, two are the resident of Keonjhar district in the state and other two are from neighbouring state- West Bengal, official added.

Acting on a tip off, the Excise team intercepted a four wheeler, Mahindra Bolero bearing Regd No: OR 02 AS 4159, near Nirgundi Chhak in the city early this morning. During the search, the officials recovered contraband Ganja in four bags from the vehicle.

The accused allegedly procured ganja from Koraput and were transporting to West Bengal for selling in higher price, police said.

A case has been registered under NDPS Act in this connection. The arrested persons were also produced in the court today, said a senior police official.