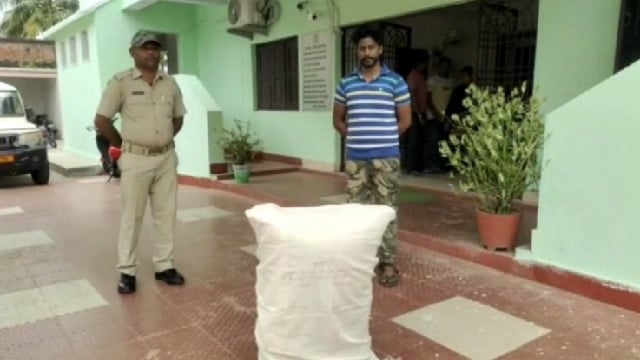 Bhubaneswar: Huge quantity of ganja has been seized by the Odisha Police team near Kenduguda Police Outpost and one dealer has been arrested in this connection.

The arrested drug dealer has been identified to be a resident of Uttar Pradesh.

Acting on a tip-off against illegal transportation of Narcotic Drugs, a Bolero pick-up van was spotted by police near Kenduguda Police Outpost and it tried to escape from the check-post.

The vehicle was intercepted near the village of Ballavpur and seized 34 kgs of Ganja from the vehicle and arrested one smuggler.

The seized Ganja was weighed in the presence of Padmapur Additional Tahsildar Pranakrishna Panigrahi.

Padmapur DSP Rashmiranjan Senapati said the arrested smuggler would be forwarded to the court today with an estimated value of Rs 1,70,000.