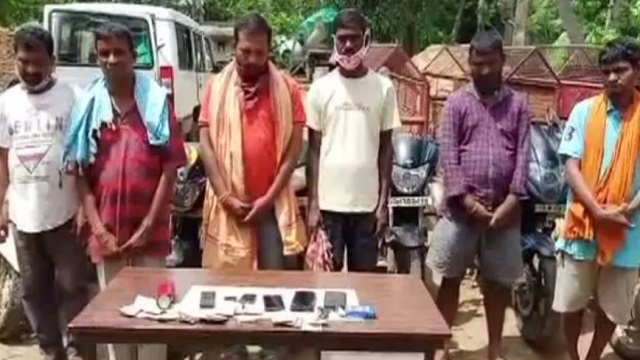 Pipili: As many as 7 were arrested in a raid conducted on a gambling den operating in the Trinath temple premises of Delanga along with seize of playing cards, mobile phone and cash.

Reportedly, the Delanga police on being tipped off conducted a raid at the Trinath temple and nabbed 7 persons along with pack of playing cards, a mobile phone and some cash from the spot.

The persons were allegedly arrested for operating gambling den in the temple premises.

The culprits were forwarded to the court after Covid test and then sent to Nimapada jail following rejection of their bail plea.