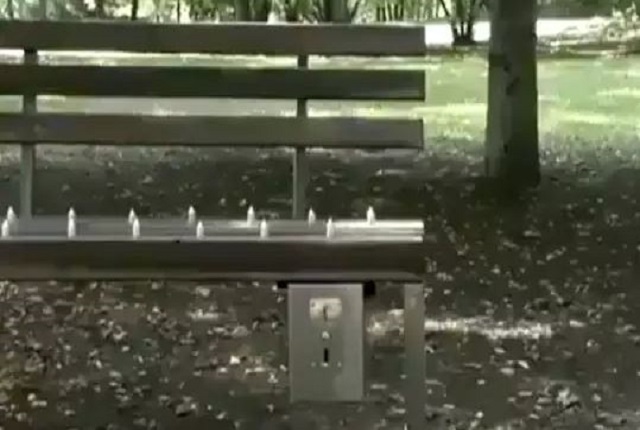 There has been a long-standing debate in India about privatization in different things. While some people are in favour of privatization, there are many who are constantly opposing it. There are different views of people on this on the Internet. Amid this time video of a bench is going viral on the social media networking sites.

Usually whenever we get out of the house, benches are made for people to sit in public places. This is because if someone is getting tired on the go, then they can sit on it for a while and feel comfortable. But what will happen if the benches are privatized?

In the 65-second video shared by one Adarsh Srivastav on his Facebook, it is seen that there is a sharp bench and because of this no one can sit on it. There is a box under the bench and when a person puts a coin (money) in it, all the nozzle gets inside itself for a while.

After some time it sounds like a siren. This indicates that the sitting time is over. The person gets up from the bench and then all the noises start coming up on their own.