Fresh Maoist posters surface in Koraput ahead of PLGA week 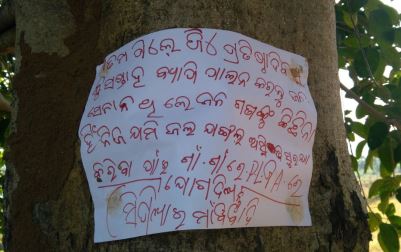 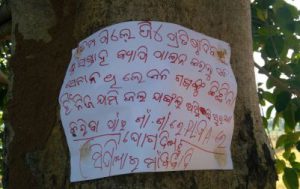 Bhawanipatna: People were left in a state of panic after fresh Maoist posters surfaced at the Barabandha hilly road under M Rampur block in Kalahandi district on Friday.

The posters released in the name of the outlawed CPI Maoist group were seen appealing locals to join the Maoist movement in large numbers. Put up on roadside trees as well as guard walls these posters also gave a call for fight against the encroachment of forest and land of tribal people by outsiders.

Similarly, the red rebels have also condemned the killing of Maoist cadre Rupa in police encounter in the district last month through their posters.