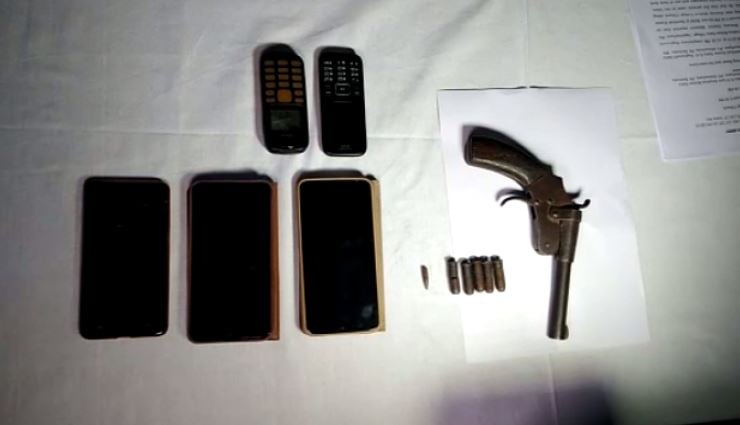 Balasore: The Industrial Area police station today arrested four persons in connection with a firing incident near the Fakirmohan Medical College on September 14.

The victim Sambhab Sahoo who is the Secretary of BJD youth wing’s Balasore District unit had sustained injuries in his right hand in the incident.

The accused have been identified as Siddharth Shankar Bagh, Rajendra Pradhan, Sarbeswar Mallick and Sk Isak Ali. Police have seized the country-made pistol used in the crime. Police have also seized five rounds of live bullets and three motorcycles from the accused.

Police said that past enmity was the motive behind the crime. “They had planned to eliminate Sahoo. However, he was lucky to sustain bullet injuries on his hand. We are also trying to nab the rest accused involved in the incident,” said a police official.