Multiple places in the state experienced dense fog on Tuesday. People faced issues while traveling due to the poor visibility. 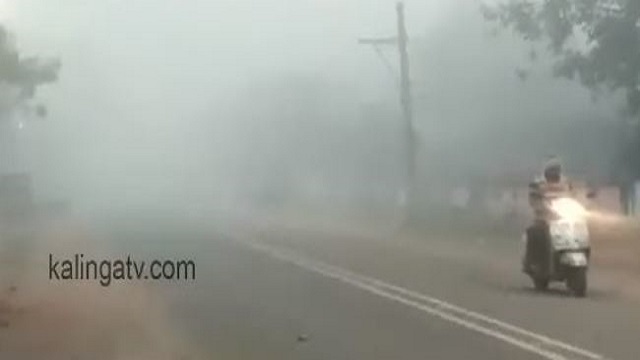 Bhubaneswar: Odisha is expected to experience a foggy weather for the next two days. Some interior pasrts of Odisha along with interior places of the state are expected to face dense fog. Meteorological department has predicted that not much change will be seen in the temperature for the next couple of days.

Multiple places in the state experienced dense fog on Tuesday including the capital city Bhubaneswar, Cuttack, Chandabali, Paradip, and Puri. Visibility was reduced to a mere 50 meters because of this.

People faced issues while traveling due to the poor visibility. Airline services were also interrupted due to the fog.

On Tuesday the temperature was much higher than expected at night in many places.

The state is expected to see a rise in temperature from December 19. The weather is also expected to stay cloudy and foggy.

Gold rate in India increases by Rs 120 on December 14

1 dead, 1 critical in gang attack due to previous enmity