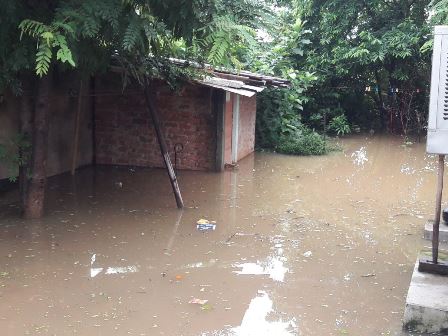 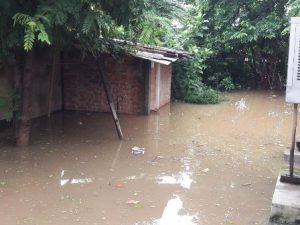 Rourkela: Lashed by heavy rain in the upper catchment areas over the last couple of days, the water level in River Brahmani and Koel crossed their respective danger marks on Wednesday night causing flood water ingress in several localities on the outskirts of Rourkela. In view of the worsening flood situation, the administration evacuated hundreds of people from low-lying areas of the city.

Reports say the district administration, which had completed all preparations to evict people from low-lying areas, shifted hundreds of locals from areas like Balughat, Dandiapatna and Hamirpur today morning. These areas have remained inundated since last night following ingress of flood water.

People are being taken to safe places keeping in view the rising water level in Brahmani and Koel rivers and arrangements are being made to provide them cooked food by the Rourkela Municipal Corporation (RMC), said a source in the administration.

RMC has also introduced a toll free number for people affected by flood in the district.

It is learnt that the water level in Brahmani river is currently flowing at a height of 178.850 meters in Sundergarh and Rourkela against the danger mark at 178.420 meters.