Flood- Like Situation In Cuttack Of Odisha! See How 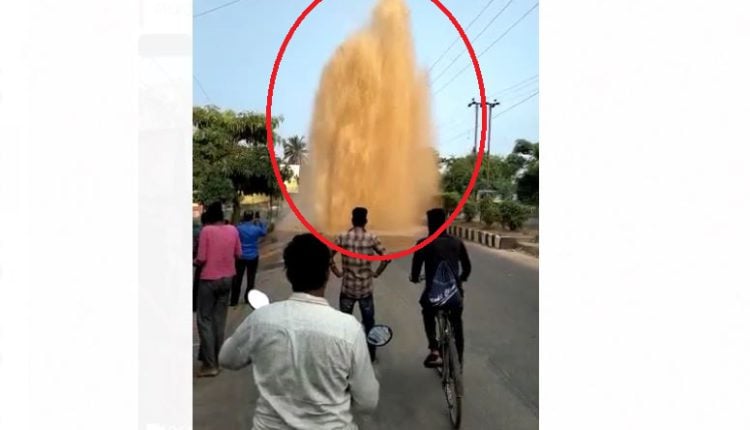 Cuttack: Here in Cuttack on Wednesday, there was almost a small scale flood right in the middle of a busy street.

Traffic was thrown out of gear as a huge number of people gathered on the road to catch a glimpse of this.

A huge fountain erupted right in he middle of the road in Raja Bagicha area near Ring Road causing almost flood like conditions.

The traffic was stopped for a long time as the force of the water was so strong that people were scared to ride across.

According to reports, an underground water supply pipe burst open all of a sudden which led to such a situation.

Onlookers claimed that the water gushed out with extreme force, looking like a fountain right in the middle of the busy road which lead to almost a flood like situation.

The locals however immediately informed the authorities, who rushed to the spot and brought the situation under control.