Five poachers arrested from Nilagiri in Balasore of Odisha 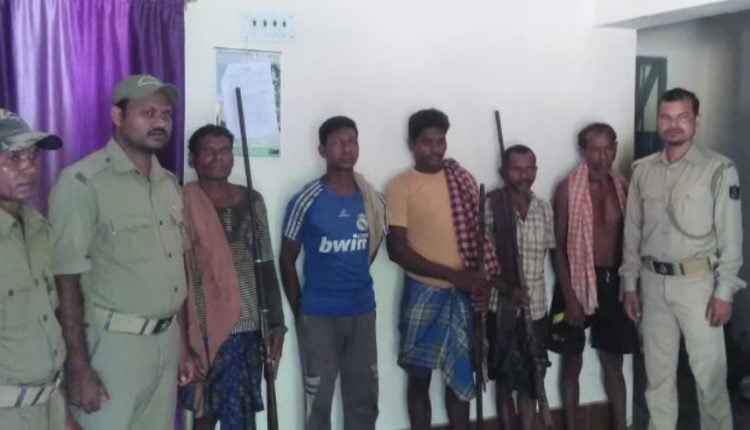 Balasore: Forest officials have arrested five poachers from three separate places in Kuldiha Reserve Forest at Nilagiri of Balasore district today. During this raid, 10 kg deer meat and two country-made guns have been seized from their possessions.

Acting upon information received from a solid source a team of 25 foresters led by the Assistant Conservator of Forests (ACF) conducted the raid at separate places in the Kuladihi forest yesterday night and nabbed the poachers.

“While two poachers were nabbed from Sinduragouri area, two others were arrested from Tenda area and another from Balianal Beat house. However, a few others managed to escape during the raid” said a forest official.

A separate search operation has been launched to nab the absconders.

While a case has been registered against the accused persons under relevant Sections of the IPC, they will soon be forwarded to the court.

Sonia Gandhi Calls Meet Of Non-BJP Allies On May 23

Miscreants loot cash of one lakh in Khordha