First patient to get ECMO treatment at SCB hospital succumbs 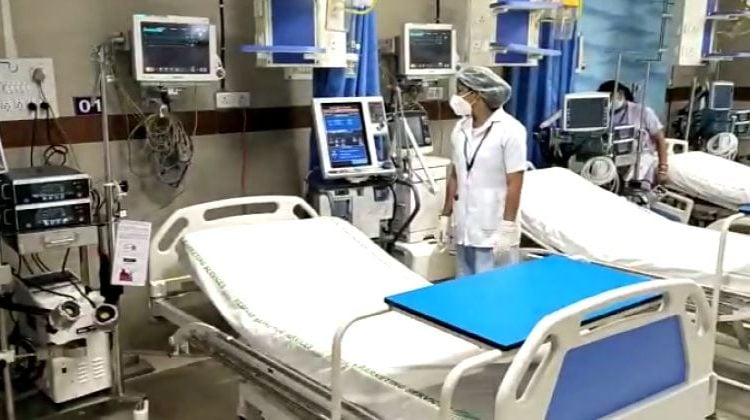 Cuttack: A patient undergoing Extracorporeal Membrane Oxygenation (ECMO) treatment at SCB Medical College and Hospital in Cuttack reportedly dies on Saturday night. He is the first patient to have died at the ECMO unit of SCB.

The deceased identified as Jagannath Nayak (35) hailed from Pattamundai in Kendrapada. He was admitted to the Cuttack hospital after he tested COVID positive on August 29. Later, his lungs got infected and he was shifted to the ECMO unit from the Corona ward.

Meanwhile, a senior official of the State health Department has also been shifted to the same department for ECMO treatment from a private hospital in Bhubaneswar where he was being treated for COVID earlier.

On August 27, Naveen Patnaik had inagurated and launched a dedicated ECMO facility at SCB Medical College and Hospital. The facility provides free ECMO treatment to critically ill patients and it is the largest ECMO facility in the eastern part of India.