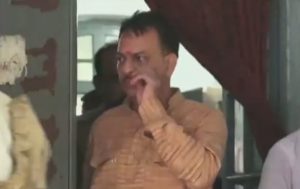 Puri:  The SDJM Court here on Friday convicted RTI Activist Jayanta Das and awarded him a 6-year jail term along with a fine of Rs 9,000  in a cyber-stalking case of 2012. It is believed to be the first conviction in a cyber crime in the state of Odisha.

Das was convicted for stalking, sending obscene messages, defaming and causing mental harassment to a lady by putting up her personal details and information on a pornography website.

The accused had posted personal details of the victim, including her mobile phone number and address, on desihunt.com website, police said.

After her personal info was posed on the site, the victim started receiving calls from numerous persons enquiring about her interest in paid sex and wife swapping.

The conviction was procured on evidence, including crucial witness statements of scientists from the Central Forensic Science Laboratory, Kolkata.